Two Hours of D&D Play from One Sentence! 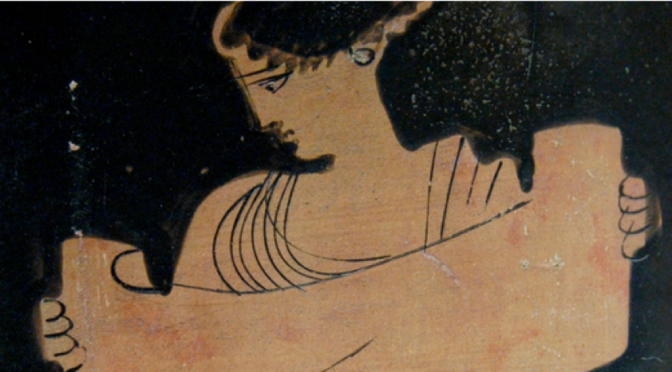 Last night I got two hours of O5R play out of one sentence of my session notes! That sentence:

A dead man, an arrow in his eye: you find no food or weapons but a saddle and shield.

The key resource I used during play was a random name generator I had written at the start of the campaign, when the situations arose and I needed to name the dead man (Zerbal), three of his enemies (Ayuhrono, Himingel, Orjeromen), and his murderer (Osad). (As one of the players pointed out, I tend to turn Speak with Dead into a game of Monkey’s Paw, technically answering the questions but in an often-useless way: when the cleric asked about enemies, Zerbal complained about fellow tribesmen.)

I hadn’t thought too much about who the murderer was but realized it related to conflict between three factions in that part of my campaign world. This led to a long fascinating debate among the PCs as they weighed the pros and cons of avenging the murder victim vs. allying with the murderer’s faction.

The best part is that their actions last night will reverberate across future sessions!

Why does low prep work? Because you just can’t anticipate what players will react to and be interested in. The players ignored clues about a chimera and other nearby happenings to focus on this particular detail.

The key resources that got me comfortable with low prep were Sly Flourish’s Return of the Lazy Dungeon Master, Hexcrawl’s The Alexandrian, and Alex Schroeder’s Hex Describe.

Another tool to go low prep is to rely on Google. Last year I switched from paper notes to a laptop, originally to use D&D Beyond during play. But then I started using Google for other details during play. So last night when one player rolled a 1 in combat three times in a row (!), I found a critical fumble table to use for the last two rolls. When he later decided to harvest body parts from the chimera, I Googled “5e dragon body” and found a Google Doc on Dragon Harvesting.

Now sometimes low prep can be the result of a good return on investment on high prep. August is usually a slow month at work, and that month I invested time in creating my hexmap, my one-page pantheon, random tables for names, terrain encounters, even random tables for common landmarks (temples, towers, barrows), and running a Session Zero. This was knowing that during most other months I’d be too busy to spend more than an hour a week on session prep: for last night’s session, I spent about a half hour during lunch two days in a row coming up with one page of notes.

I’m pretty sure I’ll need more than two sentences for next week’s session, but I’m comfortable that low prep will continue to pay dividends.

(Photo credit: Musa reading a volumen (scroll); Attic red-figure lekythos, ca. 435-425 BC. from Boeotia; the artist is identified as the Klügmann Painter.)