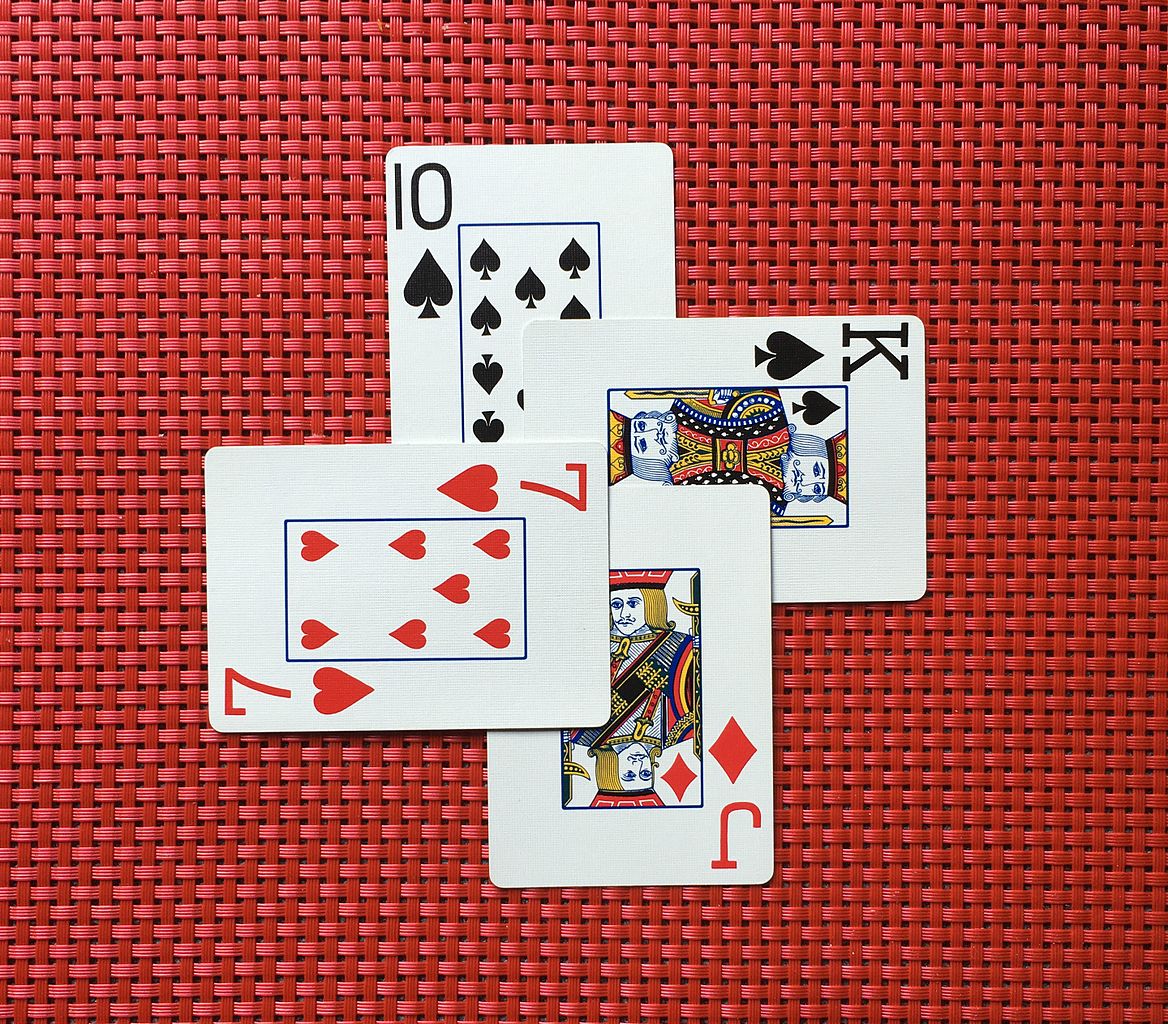 The Cards and Deal

Use a standard deck of 52 cards. For each hand, shuffle and deal the entire deck out, making sure that all players have an equal number of cards. Discard any remaining cards face up. They are out of play for this hand.

In clockwise order, starting to the dealer’s left, each player predicts and names the number of tricks they will take this hand. Either write down each player’s bid or have each player take a poker chip for each trick they bid (of any color but white or blue, which are used for scoring). Players cannot change a bid once made.

The player with the lowest ♣ Club, typically 2♣ (the Two of Clubs) goes first, playing this card face up to the middle, starting a new trick. (Check the discards for ♣ Clubs that are out of play.)

For each new trick, play proceeds clockwise from the player who opened with the first card. A player can not lead with ♦ Diamonds unless Diamonds have already been played as trump or if Diamonds are all that they have left in their hand.

After each player has played a card, the trick is complete. The highest-ranked card of the played suit wins the trick, if no ♦ Diamonds have been played, otherwise the highest-ranked Diamond wins. Aces are high. Whoever wins takes the trick and then plays a card to open the next trick.

If no player has scored 500 or more points, or some other total agreed to at the start, the player to the left of the last dealer deals a new hand.

A week ago I taught my teenage son and my wife American Hearts. My wife especially disliked that it was about avoiding taking tricks, and I don’t think she was fond of the fact that the Queen of Spades was – randomly, to her mind – a penalty card. I thought of teaching her Spades this week, but I thought she would dislike the penalty for overtricks. So I invented my own trick-taking card game instead.