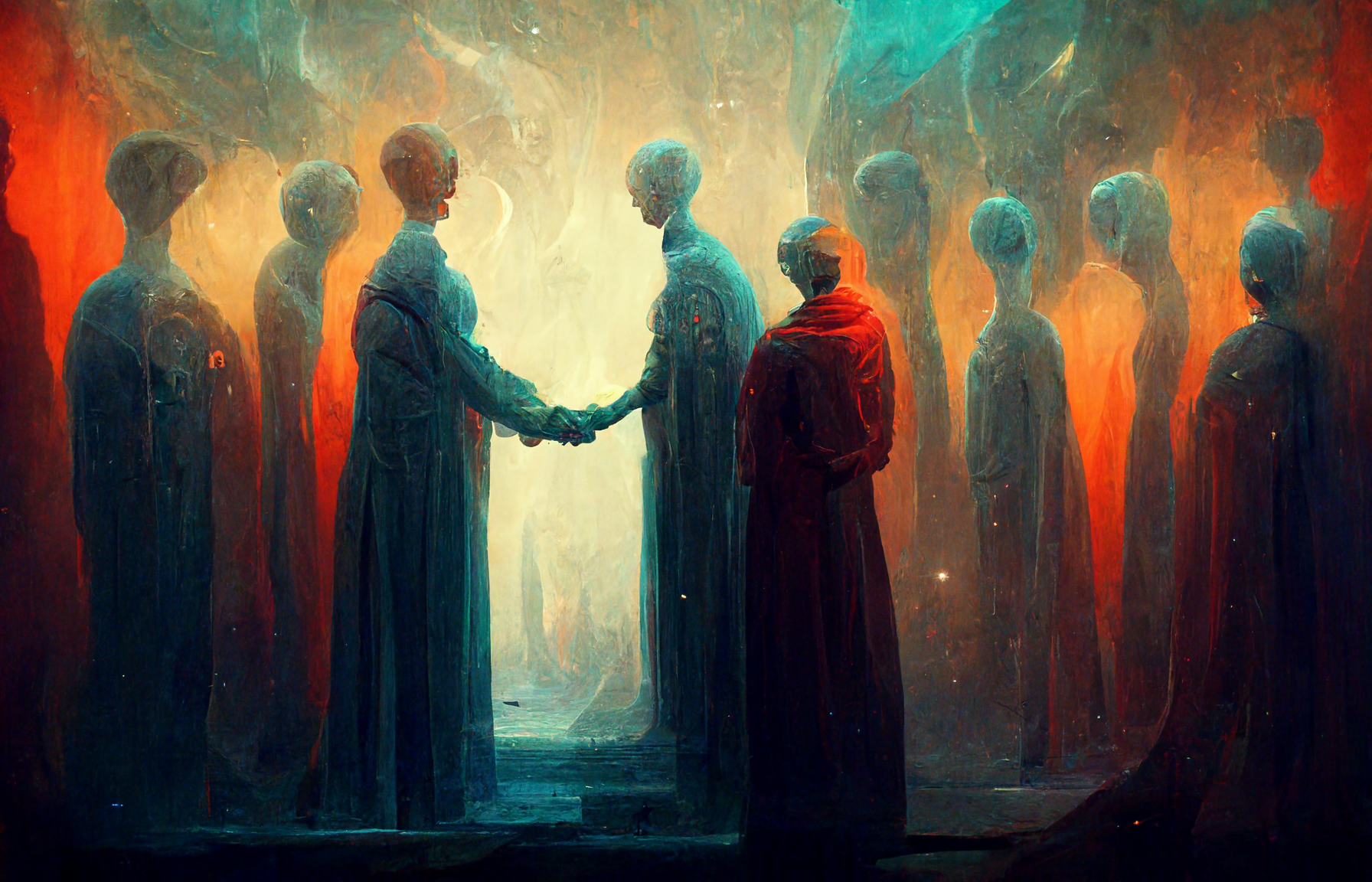 After our Microscope worldbuilding, and before our first actual session of Impulse Drive, I ran a Session Zero based primarily on Stonetop’s Introductions procedure.

Here’s the process for the Ranger—

Wait here for everyone else. When everyone’s ready, take turns introducing your characters. When someone reveals something and you want to know more, ask them about it. When someone asks you a question, answer it truthfully.

When everyone is done, let spring break forth!

Stonetop is about adventuring for the sake of protecting and growing your Iron Age village, and the questions about NPCs help you co-create the village you are protecting and come up with links to the people you will protect.

These questions, in my experience, work much better than Dungeon World’s Bonds for forging connections between PCs. In fact, Jeremy originally developed these Introductions as an alternative to Bonds. Later he lifted an idea from Apocalypse World 2:

AW2e did that thing where it took the Hx prompts in the playbooks (where were [the inspiration] to DW-style Bonds) and replaced them with ‘Which of you __?’ questions, which I loved as a way to really shape the conversation and distill it down to its essence.

With fill-in-the-blank bonds, you’d get this weird situation where a player would assert their relationship with another PC, which was occasionally brilliant but just as often kinda cringy and awkward.

With “which one of you <X>?” questions, you’ve got the guidance of a loaded/leading question, but it’s an invitation rather than an assertion, which is what I found happened in healthy and respectful playgrounds anyway.”

Together, these introductory questions give a new group of PCs a cohesion, backstory, and history that methods like “you meet at a tavern” fail to provide.

Adapting Introductions for Other RPGs

My Stonetop group enjoyed the Introductions process so much that I immediately knew I wanted to use it again in the future for different RPGs.

For our Impulse Drive campaign, I collated all the question lists from the Stonetop playbooks. (Stonetop text is licensed under the Creative Commons.) I omitted those questions that were setting specific, such as ones relating to Stonetop’s pantheon.

I also added some questions to flesh out the initial setting: in our case, a space station. And I integrated some aspects of the Impulse Drive mechanics into the Introductions procedure.

We had a blast going through this procedure, and it made a nice bridge from our worldbuilding session to our first real Impulse Session. The players loved the process of introductions, with one immediately planning to borrow the mechanic for their next campaign.

You can make a copy of this Google Doc to customize the Introduction procedure for your own campaigns.

And don’t forget to order Stonetop on BackerKit!

Using Microscope for World Building for a C[…]