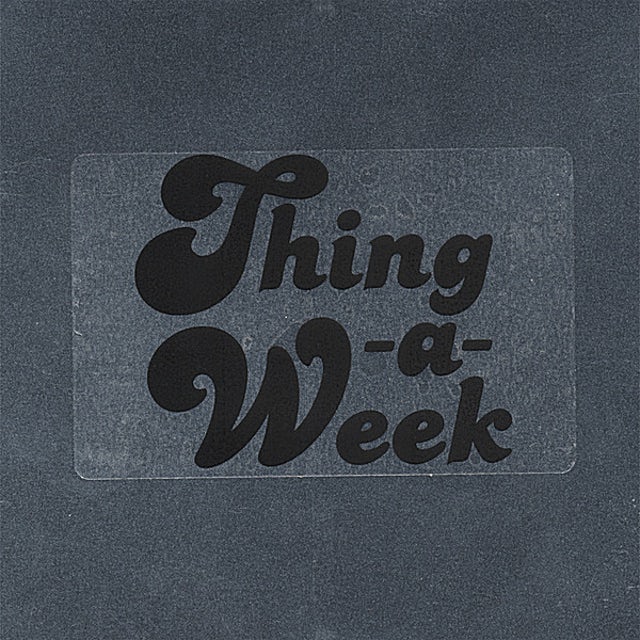 “Thing a Week” is the name that Jonathan Coulton gave to a creative experiment which ran from September 16, 2005 (See You All in Hell) to September 30, 2006 (We Will Rock You/We Are the Champions).

When he quit his day job to pursue music full-time, one of his former co-workers suggested that he release a song each week for a year. The objectives were:

(a) to push the artist’s creative envelope by adopting what Coulton describes as a “forced-march approach to writing and recording”;

(b) to prove to himself that he was capable of producing creative output to a deadline; and

(c) to test the viability of the internet and Creative Commons as a platform capable of supporting a professional artist financially.

Also see my JoCo playlist, Code Monkey Got Married. Or go buy one of his Thing a Week albums.