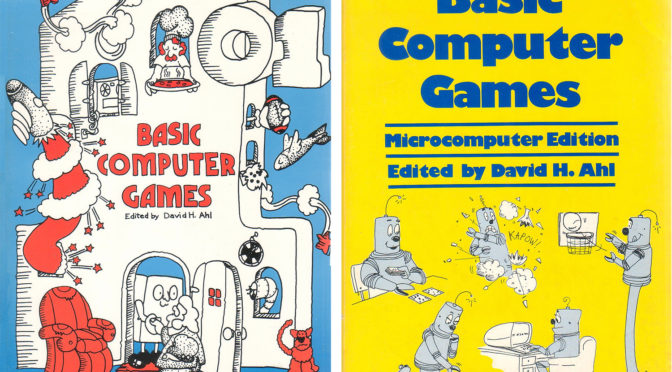 I was surprised that there was no easy way to play David Ahl’s classic book, BASIC Computer Games, in your browser. You can now play them here:

BASIC Computer Games sold over a million copies as microcomputer users in the 1970s and early 1980s typed its programs into their Commodore PETs, Apple IIs, and TRS-80s (among many other machines). I smashed up Ahl’s listings with Joshua Bell’s Applesoft BASIC emulator to make it easy for you to select any of these programs and run them. (When I reached out to Ahl for permission, he let me know that he had placed all of these in the public domain after selling Creative Computing.) (Note that Joshua Bell’s emulator is available under an open-source license.)

I will make other tweaks as I test more of the games. If you notice anything else than seems off, let me know on Twitter.

An Interactive BASIC with a Punch-Card Ment[…]