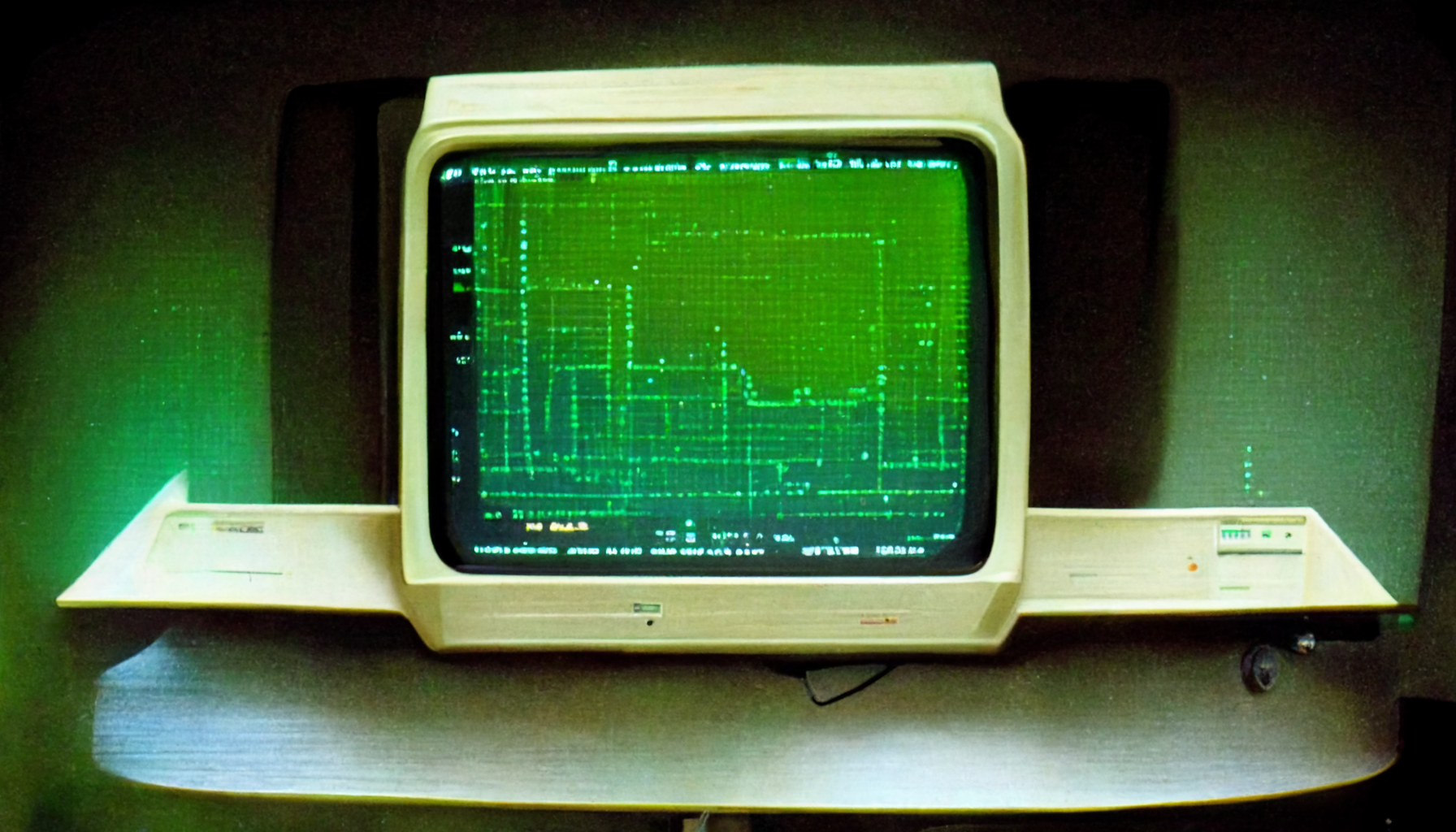 I concluded my post Printouts as Games with “Next time, we’ll look at the primitive visualization tools that were packaged as ‘games’.” That was five years ago!

So past time to write this. However, it turned out there were fewer visualization programs than I realized: Bounce, Life, Sine Wave, and 3D Plot.

Bounce was a physics simulator that plotted the course of a red rubber ball.

For Life, a user enters an initial pattern, which the system then iterates on repeatedly, emulating a changing population, without further input. The Wikipedia article provides full details: Conway’s Game of Life.

Sine Wave was one of the earliest screen savers. David Ahl wrote, “Did you ever go to a computer show and see a bunch of CRT terminals just sitting there waiting forlornly for someone to give a demo on them. It was one of those moments when I was at DEC that I decided there should be a little bit of background activity. And why not plot with words instead of the usual X’s? Thus SINE WAVE was born and lives on in dozens of different versions. At least those CRTs don’t look so lifeless anymore.” Sine Wave was the only one of these four programs not included in the original DEC book. (Creative Computing was the name of David’s new publishing company, which he formed after leaving Digital.)

3D Plot stands out from almost all the other BASIC games because the user could not enter their input while running the program. Instead, the user had to rewrite line 5, defining the function they wanted graphed:

The program output in the book contains two bugs – the line numbers should be “5” not “10” for the first two examples.

These visualization tools clearly aren’t “games” in the truest sense, but more diversions. You can play with all four of these in the emulator.

Monster of the Week’s Mystery Countdowns

A Naming Language for Use by Players