A Naming Language for Use by Players 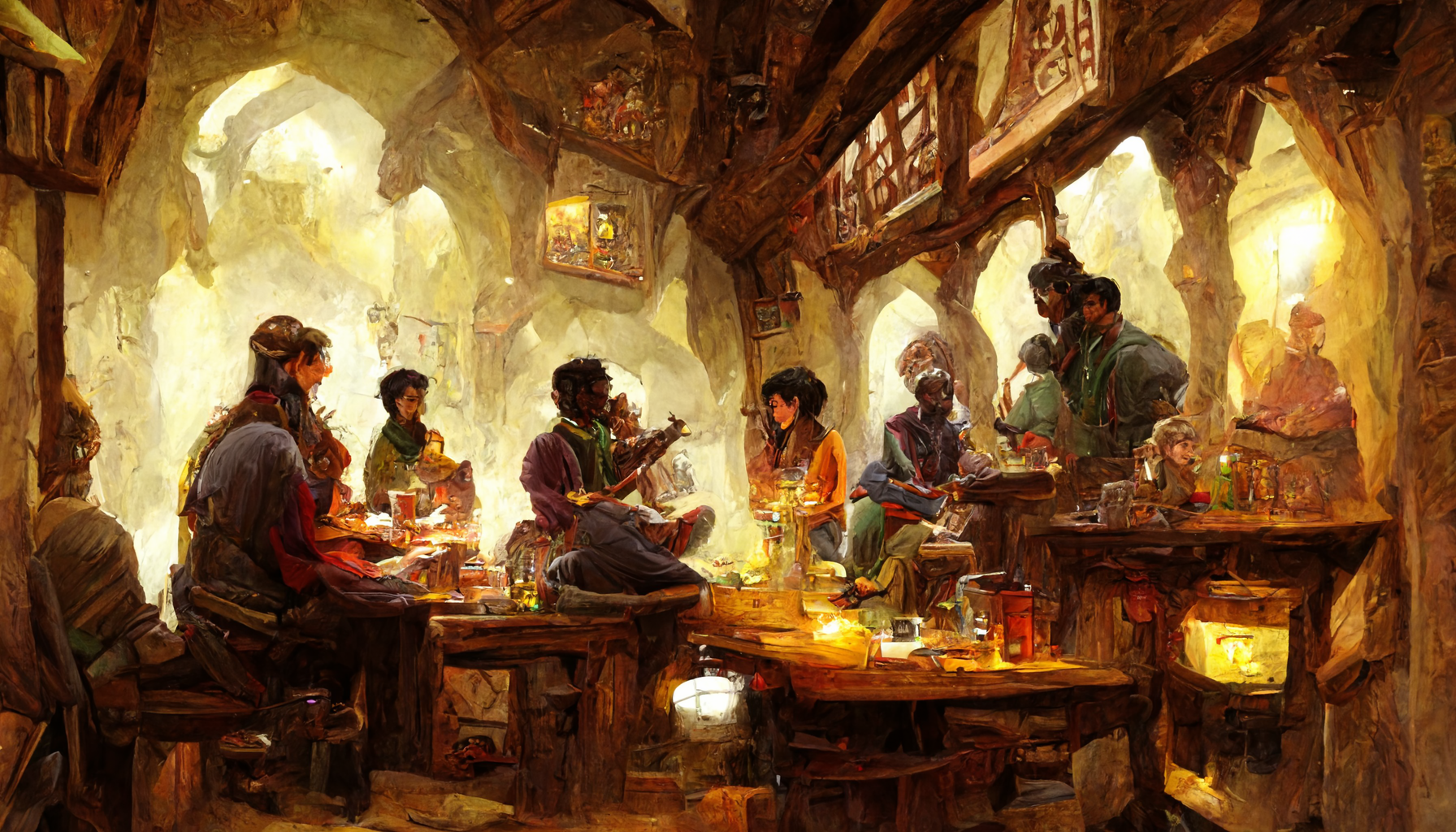 In my book Langmaker: Celebrating Conlangs, I have a chapter on creating a naming language. Namelangs are small languages intended primarily for naming people and places in an imagined world. As such, you don’t need to create a grammar or extensive vocabulary, just a short dictionary. Heck, you don’t even have to be formal about what sounds are included in the language and how they are combined (phonotactics).

Now much conlanging is for fun and private amusement, but I ran into a problem with Denju, my naming language that I use for RPG campaigns, because the players have to use the names in play. My names were too long, hard to pronounce, and often had silly associations to English words.

So what are the things to keep in mind when creating a naming language for use by players?

Make sure the names are easy to pronounce

If you find in play that the same name is pronounced differently by different players, it’s probably too hard to pronounce. Perhaps you can use a nickname instead—or just retcon the name altogether to something simpler.

To make names easy to pronounce, you’ll also want to keep them short. I tend to like compounding roots to produce names with meaning, but that meant that many of the names I came up with were too long to be practical, such as this particularly bad example: R̥chostmontwa (meaning “bear-cub music”). While letters aren’t the same as sounds, they’re easier to measure and closely correlate to the number of sounds: at one point, my average name was 8.2 letters long, compared to just 5.6 letters long for the top 600 names in the US.

Make sure players can tell the names apart

When creating names, it’s easy to centralize the words themselves rather than the experience of the players—or readers. That’s how Tolkien ended up with Saruman (from Old English roots meaning “man of skill”) and Sauron (from varying Quenya etymologies from different stages of manuscript development).

Those two names were so confusing that, when I read Fellowship of the Ring as a kid, I didn’t even realize Sauron and Saruman were two different antagonists – I thought they were the same person! (This was before any of the movies, even the animated Lord of the Rings movies.) That mistake on my part as a reader may have been because, according to one theory, people index words in their brain using the first sound and the last sound (/s/ and /n/ in both those cases).

Don’t introduce synonyms and group names, just a single name at a time. Avoid the Silmarillion effect of going into too much detail on names: e.g., “And above all the mountains of the Pelóri was that height upon whose summit Manwë set his throne. Taniquetil the Elves name that holy mountain, and Oiolossë Everlasting Whiteness, and Elerrína Crowned with Stars, and many names beside; but the Sindar spoke of it in their later tongue as Amon Uilos.”

Avoid “false friends”, words that have unfortunate or funny meanings in English

When I’m thinking about the language and its speakers, I can forget English conventions altogether. That is how I ended up in one of my Dungeon World campaigns with NPCs named Zeroxcr̥do (“bear shirt”) and Snotatexon (“hat maker”)! I had not realized Zeroxcr̥do sounded like Xerox-kurdo until actually saying it out loud during a session. Pretty quickly in the conversation the players were call him Zar. (I ended up redoing both roots, going with Zaro + sr̥do, because—again—it becomes easy to take a desire for internal consistency too far.)

But that pales in comparison to Tolkien’s classic awkward name, Teleporno!

Differentiate a little from English, rather than a lot

Another challenge when creating names to be used in play is that you often want a language that sounds differently than English does, but doing so can violate rule 1 and make the names too hard to pronounce.

The sounds that English distinguishes are a small subset of the thousands of possible sounds that the human mouth can make. But embrace too many exotic phonemes and you’ll put off your players.

One approach is to use English sounds but with consonant clusters that are rare or don’t occur in English (e.g., /sf-/ in /sfaro/ or /mr-/ in /mrek/). For Denju, I went with syllabic consonants, such as the aforementioned R̥chostmontwa, a half-orc NPC from L̥pcelev; as you can see, these are marked with a ring diacritic. Denju has four syllabic consonants that can occur anywhere a vowel can. In English, such sounds typically occur only in the final syllable, and often alone, although written with a silent vowel: e.g., bottle, bottom, button, butter. Contrast that with Denju: l̥p (“wolf”), ogm̥ (“rune”), n̥d (“stone”), sr̥ (“protector”).

Don’t use contrasts that are hard for players to discern. Perhaps just use /zh/ never /sh/, for instance, or /th/ never /dh/. If you have a more complex sound than appears in typical English, standardize on it: for instance, if using the Scottish /kh/ of loch at the end of syllables, perhaps never end a syllable with a normal /k/.

I revised this table quite a few times. I made sure every initial sound was distinct. I shortened quite a few roots. Despite my advice of going for unique ending sounds, I didn’t follow it. Because these are for NPCs’ names, I wanted to lean into common name endings (-a, –r, –n). If these had been place names, I’d probably have gone for unique final sounds.

The added constraint is that these are all “real” words, derived from Proto-Indo-European according to regular rules of sound change, so I typically don’t just make up a sound.

I got rid of false friends. A prior version had the –bal ending for “dance”, but I had to drop it because it was comical: Redbal, Tocobal, Curbal. I could anticipate my players’ jokes! How did I figure that out? I created a “multiplication table,” and I read every single word aloud:

While this table is for use in play, I actually have a bigger table with completely different morphemes (no overlap at all), which I use when doing prep and world building. (I don’t want to accidentally create an NPC on the fly with the same name as one I’ve prepped.) That one’s messier: 86 prefixes and 97 suffixes. Morphemes are sorted by length, then I have a formula that selects a root at disadvantage, as it were, giving it a bias for shorter morphemes: e.g., =min(randbetween(2,counta(A:A)),randbetween(2,counta(A:A))).

The goal of a naming language for a game is to increase the verisimilitude of the world. After one of our campaigns, doing a debrief before planning our next campaign, players definitely praised the worldbuilding, and the naming language was a key part of that.