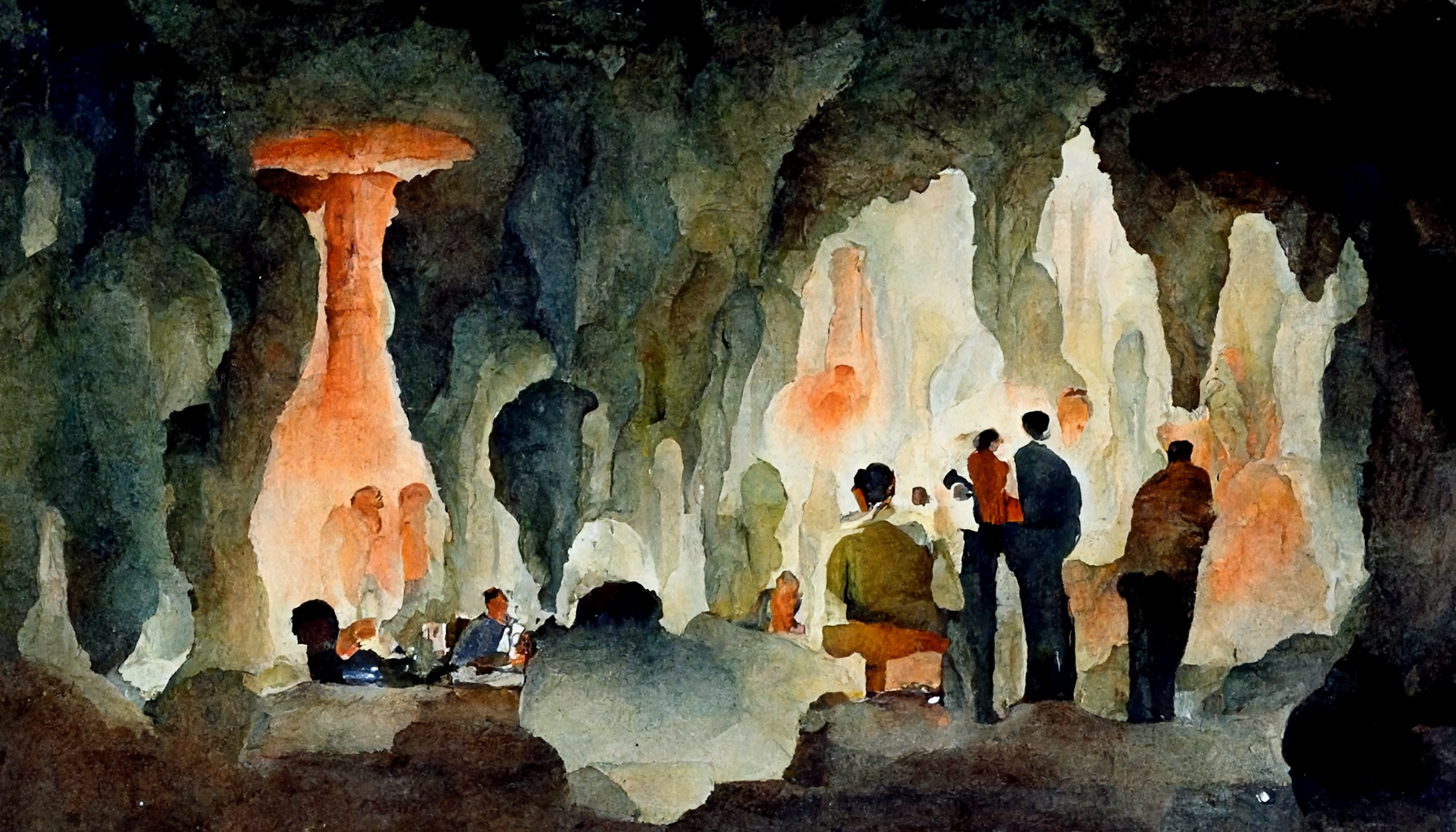 This afternoon we played Dialect, by Thorny Games, a game about coining words as part of telling the story of a community. The game comes with four types of isolated communities, including a Mars colony, but we picked a 1980s cult, because of course we did. (And there are many third-party frameworks for different types of communities as well.)

Unlike role playing games, storytelling games such as Dialect typically involve more player negotiation about directions of the story. This is akin to the collaborative worldbuilding at the start of some campaigns and one-shots but occurs throughout the game. For instance, at the start of the second age of our story, we had to discuss a danger that was posed to our community, a reason why we had to let outsiders in for the first time. We brainstormed four ideas: a cave-in that required emergency personnel, a chronic medical emergency that required regular visits from a doctor or nurse, a blogger or Instagram influencer who was promoting our community, and a deputy who first checked in with us to investigate an alleged kidnapping (that person joined our cult willingly, we swear!). After some negotiation, we settled on the deputy.

On their turn, the player will either coin a word or use an action card. Each word card also includes a prompt for a scene; the current player will pick another player or solicit a volunteer to have the scene with, making sure to use the new word, and as the game goes on, to use the other words that have been coined. Sometimes a player will have an idea for a word; other times the player will moderate a discussion about potential words and then pick one.

Additionally, players can play action cards and word cards out of order, building off the tableau of words.

Here are our Age I words, in the order they were coined—

And some of our Age II words:

Finally, at the end of the game, each player is dealt an epilogue card with a chance to narrate their character’s legacy, from one of three choices.

Our group made awepoc use of our dialect to demonstrate our differences from sinizens and our distance from our own groove. My character, Ged, had quite the arc, changing from being sinical to becoming craven, then returning a lithero and gedbacking many of the others, to once again be a cohajj who was steady as a stalagmite.

This was a fun one-shot game, and I encourage it for anyone who enjoys conlanging or wordplay. I might play a game of Dialect as part of the worldbuilding or lore for a future campaign. You can buy Dialect directly from Thorny Games.