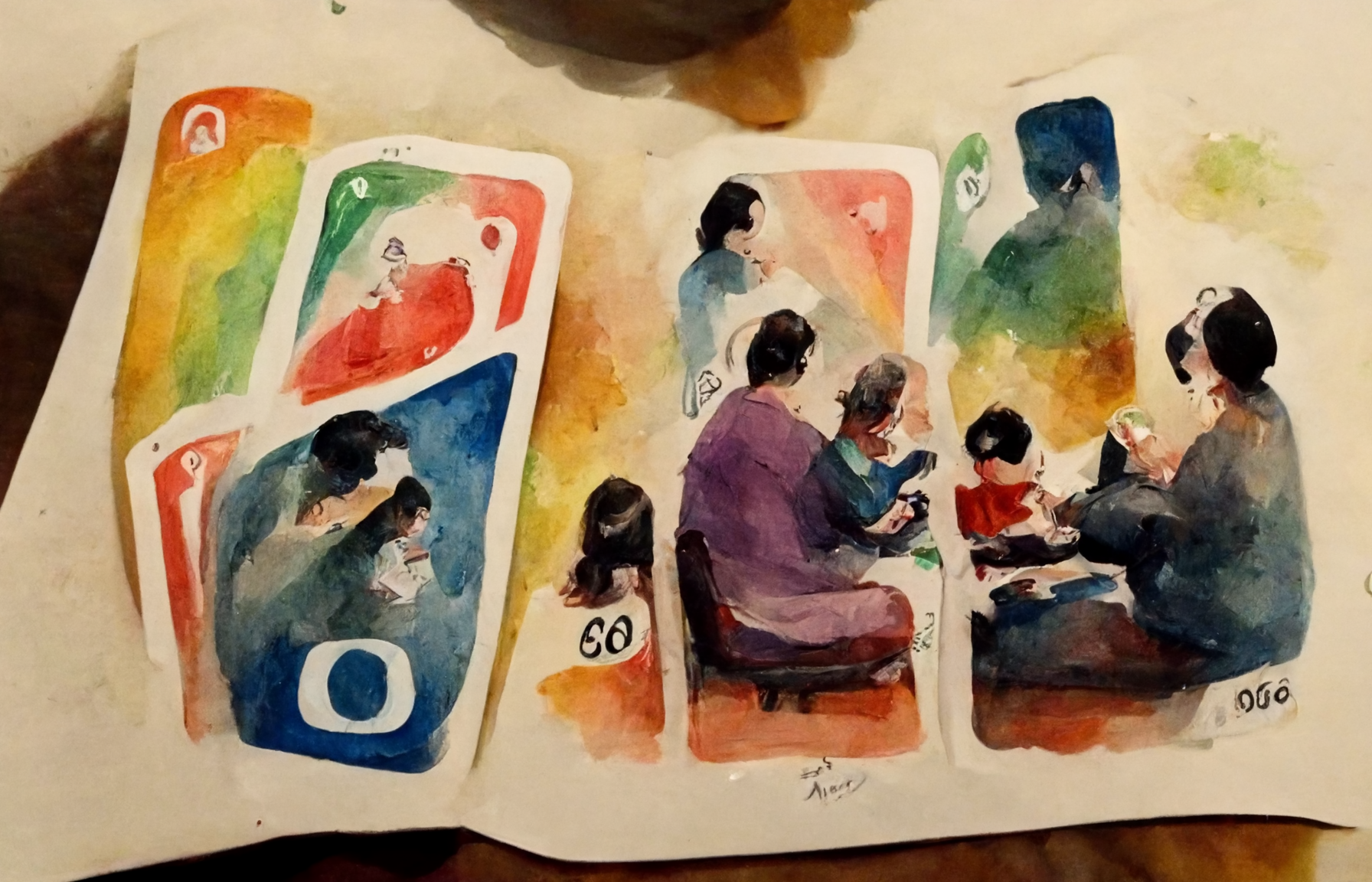 According to many surveys I’ve conducted over the years, Uno is the most popular card game in America. For instance, in our recent Nation of Gamers survey, 23% of U.S. adults who had played a card game said the last card game they had played was Uno, outpacing even games that can be played with a standard deck of cards (e.g., Spades, 12%; Solitaire, 9%).

I think one overlooked aspect of Uno’s popularity is that it plays well with larger groups, with the publisher saying that it is good for 2-10 players.

We’ve certainly played it with that many and more, at large family gatherings, but it can get a little tedious, with Reverse cards meaning there’s no guarantee that play will come back to any individual player in a quick fashion. And while each player’s turn is fast, there is still downtime between a player’s turns.

That’s why I’ve become a big fan of the Jump-In rule.

Back in the late 1990s, Mattel had a contest to collect families’ house rules for Uno; they then published a new edition of the game called Uno House Rules with the top three winners. The first-place winner to the contest was Wess Eslinger, who submitted the house rule for “Jump-In Uno”:

If you are holding the exact same card (identical color and number) as the card on top of Discard Pile, you may play it immediately, regardless of whose turn it is. For example: If a “Blue 6” is on top of the DISCARD pile and you have a “Blue 6” in your hand, you may play it even if it’s not your turn. Play resumes from the player who played the last card (the player who “jumped in”).

1. If you have 2 matching cards in your hand, you may play them back-to-back, but they must be played one at a time (place one card in the DISCARD pile, reach back to your hand, then play the second). This gives another player a chance to ‘jump in’ and stop you from playing a second card.

The genius of this house rule is that now there is something for players to actively do when it is not their turn: watch the played cards and see if they have a match in their hand, so they can snipe control of the game. Yes, it adds to the chaos, but for a big group, it really adds to the fun. Definitely a house rule to bring to your home!

Under the Blood-Red Mountain