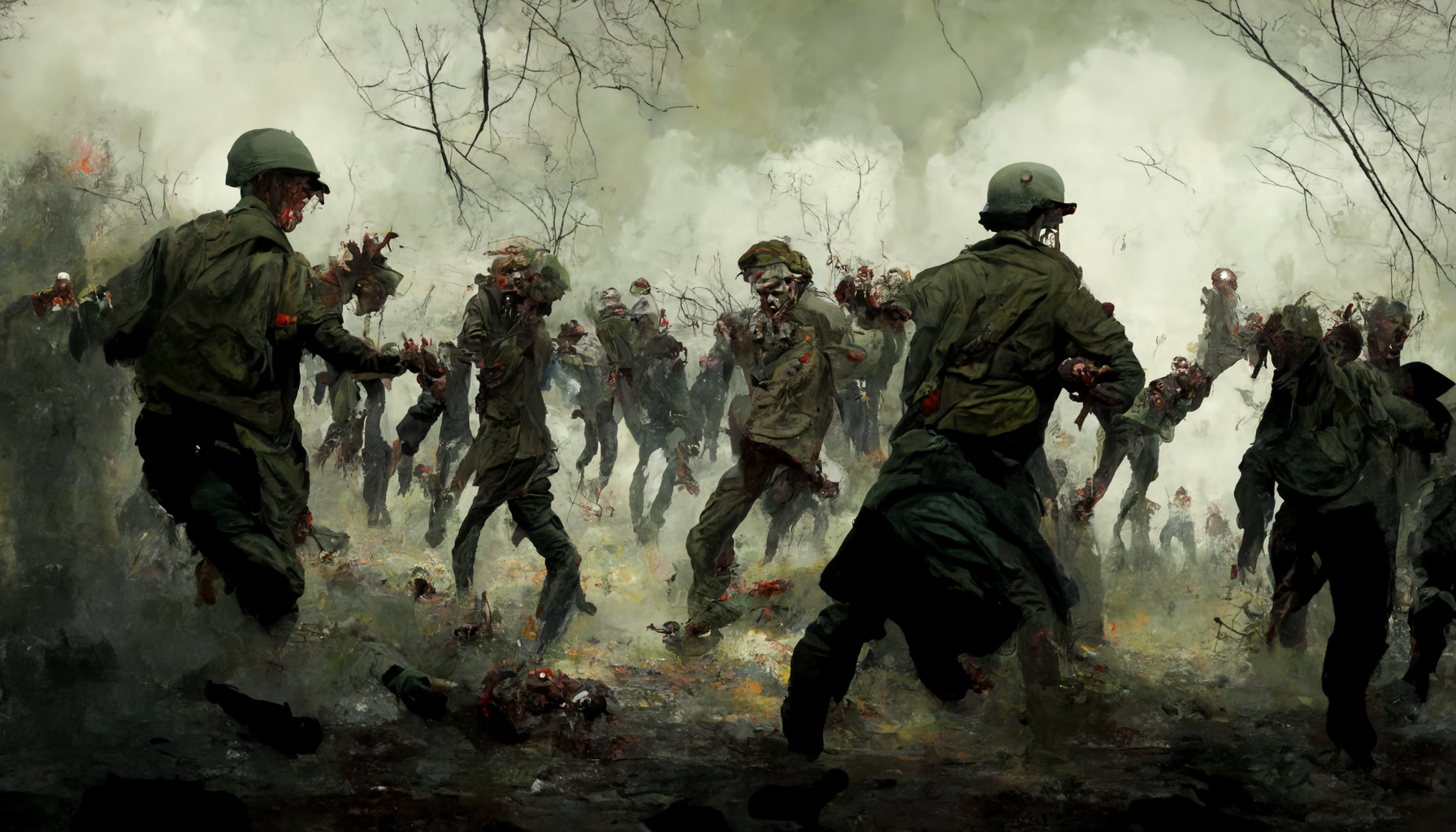 Axis & Allies & Zombies is a well-designed crossover game that is just missing some final polish. While it can play up to five, the amount of downtime makes it a poor game for more than two players. The significant randomness makes it the least strategic of the Axis & Allies line, which can be a pro or con, depending on your taste—pro: fun battles between two players of uneven skill; con: bad luck can cost you the game. If you’re interested, buy it now, though, as it is no longer listed in the Avalon Hill product catalog.

The randomness here can good or bad, depending on your taste.

For anyone interested in professional game design, here is a great interview with Scott Van Essen, the lead designer, about the design process behind the game (part 1, part 2).

Zombies in a region can significantly help repel attacks – they do wear down your own units as well. The zombies change the calculus of battles in ways that took a bit of first-hand experience and loss to internalize. I saw Germany founder in two separate games, it’s tank corps eliminated not by the Russian infantry but by the zombie infantry. In a game I won as the part of the Axis, Germany retreated from its battle in West Russia, moving all its units into Ukraine, from which it overwhelmed Caucasus on the next turn – so it truly was a strategic withdrawal.

Speaking of strategic withdrawals, unfortunately Avalon Hill has discontinued the game. Get Axis & Allies & Zombies while you can. There’s still stock at many retailers, but the price is inching up. You could even say it’s the walking dead.