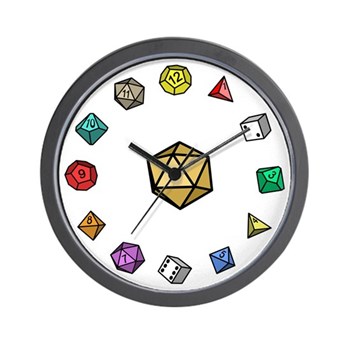 Here were some resources I used to prep my first Dungeon World one-shot, which I ran last Sunday night:

These resources all proved very helpful.

Now, because we only had a 3-hour window, I encouraged people to pick a class (first come, first serve) by text message in the week up to the game, and to create their character in Roll 20. I then created a copy of the “Dragonslaying on a Timetable” Google Doc and hacked out questions for classes that weren’t going to be in my game, and changed some of the questions for clerics to questions for the paladin instead, since I had a paladin and no cleric.

In retrospect, during world creation, with three players, I should have pushed for more locations, having each describe two separate locales instead of one. Drawing on Roll 20 they put all their places next to each other, where in person the places would have gone on index cards that could have been moved around.

Fiction first did lead to one problem: They posited an ancient imperial city on a mountain that was a source of contamination that had brought megafauna back into the world (sabertooth tigers, cave bears, giant sloths). The druid wanted to stop the contamination that had been damaging the area for dozens of years; that seemed like a great campaign arc but way too much to achieve in one night (at least for my improv skills, in that moment). Meanwhile, the wizard wanted to find three of his students who had vanished exploring the ruins, and the paladin just wanted to fight all the megafauna – so I improvised clues and motivation for the students, and it worked out well. I ended up cannibalizing the Eldritch Island starter from 20 Dungeon Starters for details on the mountain and its bizarre contamination.

I got the players to lean into co-creation early, which I think really distinguished the game from 5e. I look forward to running another one shot with a different group soon.

Other resources folks have shared with me since this article was first published: (last updated 2022-01-30)