First Commercial Software for TRS-80 in a Decade: Perseus SurveySolutions for TRS-80 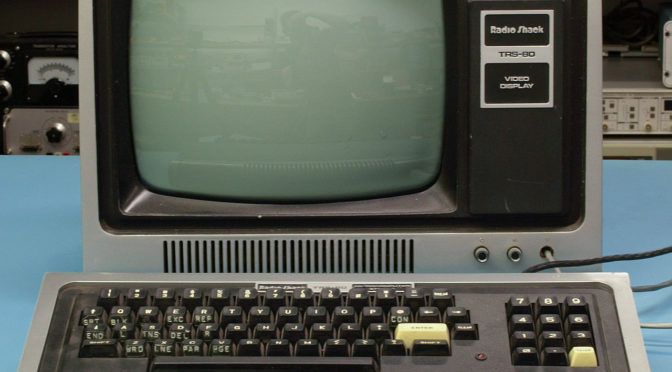 BRAINTREE, Mass.–(BUSINESS WIRE)–April 1, 1998–Perseus today announced the immediate availability of a new version of Perseus SurveySolutions written specifically for the Tandy/Radio Shack TRS-80 Model I. “When we realized that no new software had been developed for the TRS-80 Model I in at least a decade, we felt compelled to re-open the market window,” said Richard Nadler, President of Perseus Development Corp. “The TRS-80 is an exciting platform for us, given its installed base. While some software companies were started in the garage, we’re the first to develop software for computers that are often left in the garage.”

Perseus SurveySolutions for TRS-80 is available directly from Perseus Development Corp. for $179. For a limited time only, the new product comes with a bundled copy of Perseus SurveySolutions for the Web, which is the first survey software to be Microsoft Office compatible and is the only survey software to use an intuitive word-processor interface. Requiring a Windows PC, SurveySolutions for the Web allows you to do Web and e-mail surveys over the Internet. Unlike the TRS-80 edition, the Web edition offers full charting and presentations, report writing and questionnaire libraries and wizards.

“We’re taking backward compatibility to a new level,” commented Jeffrey Henning, Chief Technology Officer for Perseus Development Corp. “Supporting the TRS-80 just emphasizes Perseus’ commitment to different platforms. On the client side, we already support Windows 3.1, Windows 95 and Windows NT. On the server side, we support any Unix or NT server that can run either Perl or Microsoft FrontPage Server Extensions.”

With this spirit of the Web in mind, Perseus Development Corp. is making the full source code of the TRS-80 edition available from its Web site. Users can download the source code for SurveySolutions for TRS-80 from http://www.perseus.com/trs-80/, along with a free trial version of the bundled SurveySolutions for the Web. For more information, please contact Jeffrey Henning at 781-848-8100 x 550 or by e-mail at jhenning@perseus.com.

Perseus Development Corporation was founded in 1991 by professionals in the software development and survey research fields. The company’s survey software is used worldwide by over a thousand organizations.