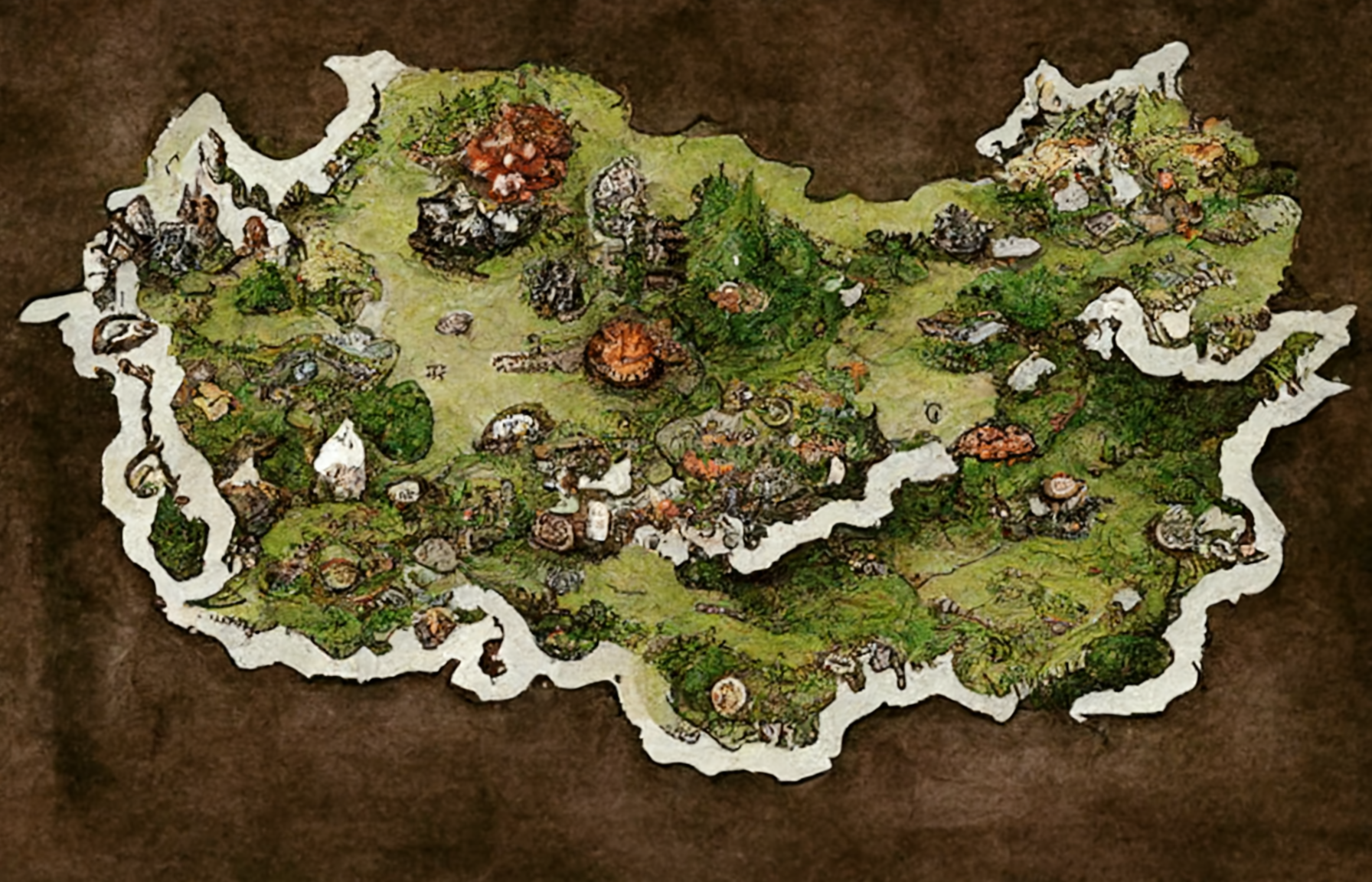 For my current hexcrawl campaign, the Hexedland, I created a 10-by-10 hexmap using Text Mapper. I used the random generator based on Erin D. Smale’s algorithm, then keep tweaking the results by hand until I got something I liked. For instance, I wanted the starting hex to border each type of other terrain (forest, mountains, hills, swamp, lake, grassland) so that players could choose the type of environment (and therefore monsters) they wanted to encounter. I lengthened a mountain range that divided the middle of the map, and had the west side be arid and the east side be fertile, indicating that rains blow westward.

I also ended up adding names into the map for some of the major landmarks. The following illustration is just of a random map, as I don’t want my players to see the actual map I’m using. Half the fun is in the discovery.

The key reason is that you can then copy that map into Hex Describe and create an entire campaign!

So far I’ve extensively rewritten each of the hexes my players have visited, keeping some elements from Hex Describe’s output. For instance, I’m replacing the Halberds & Helmets cosmology with the gods from my one-page pantheon. But the random hexes generate ideas that push me to be more creative and inspire confidence that, should my players set off in an unexpected direction (as they often do) or get lost (less often), I can describe where they end up.

I encourage you to give both Text Mapper and Hex Describe a spin!