Provide Your Players with Situations Rather than Scenes 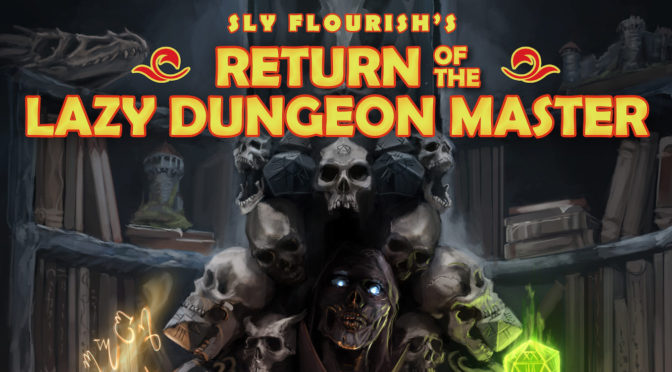 The best book I’ve read on gamemastering so far is Matt Shea’s The Return of the Lazy Dungeon Master. The key philosophy is to prep only those things that you find hard to improv. Session prep typically follows this template:

While still following Matt Shea’s advice, instead of “Scenes”, I’ve relabeled that section in my notes “Situations”. Here’s a good example of why.

Last night my PCs encountered a band of 19 orcs: I had prepped interesting terrain for a battle or a staged retreat, plus I had written a sentence about the leader’s motivation. The players could engage with this situation in any of the Three Pillars of roleplaying: exploration, social, or combat.

One of the PCs had ended up in prison at the end of the prior session (he had been possessed by a ghost and then, possessed, tried to commit regicide). So his player introduced a new PC, whom I knew nothing about beforehand: a 16-charisma dragonborn archeologist.

Heck, I didn’t even know there were dragonborn in this world!

That provided me with a good reminder that roleplaying is co-creation between players and the DM, even in a homebrew setting.

While I never would have expected an archeologist, the overall campaign arc is about exploring ancient ruins to learn why the empire fell, so that was a good call on the player’s part.

As mentioned, an hour or two into play, 19 orcs appear on the horizon. Selma, our naïve half-orc PC, wants to approach the orcs but gets talked out of it. The dragonborn player, whose regular PC has by now been broken out of prison, decides to make a point of how evil the orcs are and sacrifice his new character by marching him off to the orcs all alone.

Off the dragonborn goes. But he rolls a 24 on a Persuasion check!

All I knew about the orc leader, besides his name, Jomongen, was that it was his motivation to study the old empire to establish a new one. So now Jomongen wants to bring the architect back to his citadel to explain his land’s role in the old empire!

With this unexpected new ally, suddenly secrets and clues (again from Sly Flourish’s guide for session prep) now end up being volunteered by their new orc ally instead of discovered in other ways!

And I accidentally have the orc leader talk about the dragonborn’s tail, so now dragonborn have tails in this world. (That’s canon now.)

So, yeah. The DM’s job is to provide *situations*. The players’ decisions will create the scenes.

Attributes/Stats for Characters in Old Scho[…]