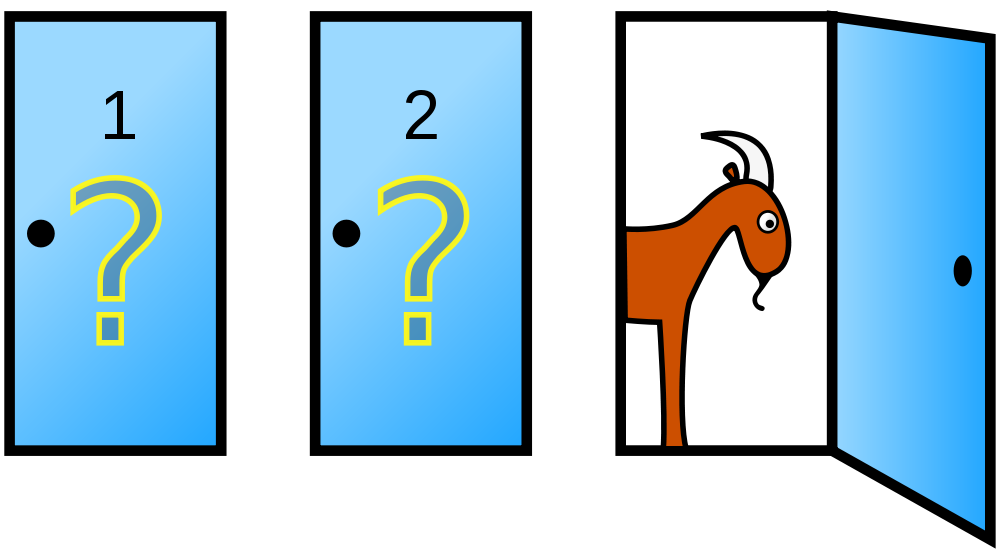 You’re GMing an RPG game tonight, and you haven’t done any prep. Normally I use the Lazy DM checklist or the 7-3-1 technique or hexcrawl prep, but when I’m crushed for time I use what I call Monty Hall Prep: I read up on 3 different monsters, either from the Monster Manual, the bestiary of the system I’m playing, or these days from Keith Ammann’s book or blog. I write down 3 “doors” (locations) to choose from, foreshadowing but typically not naming which monster is “behind” each door. In play, I’ll give some details immediately, while others will require further investigation.

The lower the prep, the greater the need for improvisation. For the fog scenario, the PCs ended up investigating the graveyard, and I improvised the banshee as an elvish maiden, part of a love triangle, and how the PCs could put her soul to rest. For the banshee’s backstory, I kept open the Wikipedia article and the Monster Manual entry on banshees in D&D Beyond. I ended up leaning on my past hexcrawl prep, which had some details about the village, and relying on my pre-generated list of common NPC names. When stumped, I asked the PCs questions and integrated their answers into the story. Their tactics also provided clues on what they thought had happened.

As GM, you can also leverage the unopened “doors” as appropriate, especially if using a PbtA system where failure leads to hard moves against the player. The PCs in the fog ended up leaving the banshee to go search the village for clues, and I could have had the Black Rider approach and act as another threat.

It’s always humorous when the players pass on all of the “doors”. Initially, the players caught in the fog decided to make camp in the fog and wait for it to pass! I definitely should have had the Black Rider approach and force the choice. In the choice of caverns, one of the PCs investigated a deep pit in the room, which had been described the prior session; this was a 5e campaign so on failed investigation checks nothing happened; had this been Dungeon World, the zombies or spiders might have attacked.

Monty Hall Prep has become a valuable tool in my toolbox as GM, and I hope you’ll find it helpful. Let your players find out what’s behind door #3!

Image placed in the public domain by Cepheus.

A History of Postal Code Notation in the Sh[…]