RPG Rules for Minecarts – Not! 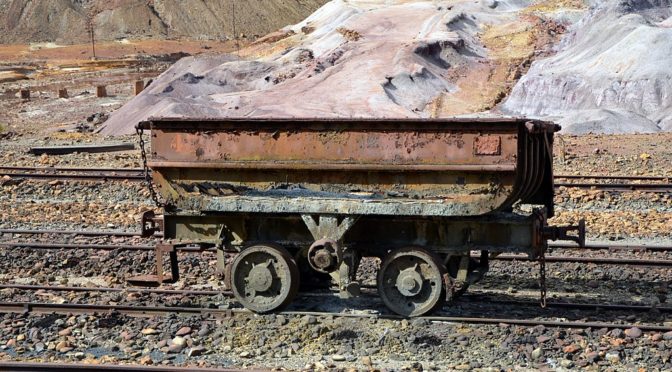 Another bit of advice that I find particularly useful from Sly Flourish is to add three features to a fantastic location for players to interact with (see “What are three fantastic features of this location?” in Creative Mind Exercises for D&D). For a recent delve into a mine, for my 5e campaign, my three were a rusted minecart, rail track, and a trellis bridge over a deep chasm.

I didn’t create any rules for minecarts, nor do I think you should. Instead, improvise rules for features using your RPG system’s mechanics. For instance:

Now “low prep” doesn’t mean “no prep” – you should prep what you enjoy prepping and what you find hard to improvise at the table. Keeping in mind that players are by their nature unpredictable.

In this case, my players had already had a session in this mine system and had found the loot while purposefully avoiding the dragon they had all told me back in Session 0 they wanted to fight. The troglodytes were just supposed to provide a strong start to the session – I expected the players to use the minecart to escape from the troglodytes and find another way out. Instead, of course, the strong “start” became almost the entire session as they magicked, battled, and then drove away the dozen troglodytes.

Sketching out rule subsystems for each feature of a fantastic location, such as the minecart, would have just been too much prep, in my case. And had I done it they would have probably spent all their time crawling along the trellis instead!