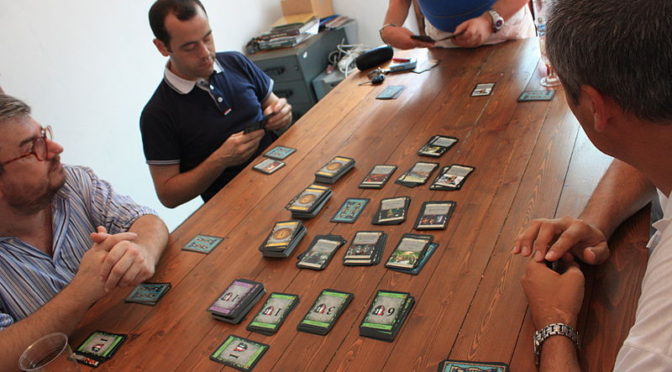 Card games typically have different areas in front of the players. These areas have a variety of names, depending on their purpose:

Many games have actions that involve moving cards between areas. Here are some common actions players can take:

(Photo by Moroboshi, used by permission.)