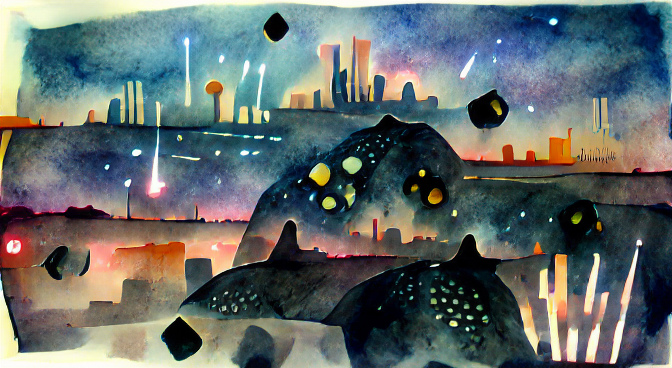 Atma is a card-based, rules-light, improvisational PbtA game, which is perfect for the first-time Game Master and for new role players. Rather than use maps, locations are represented as cards, and you gloss over how characters move between the locations, as the game is structured around three scenes (three location cards). Rather than character sheets, characters are also represented by cards, which will include a starting move, some random moves (drawn before Scene 1 and Scene 2), and a randomly selected Super Move for Scene 3. Any loot items the PCs find are also represented as cards, often unlocking additional moves.

For the GM, when a player rolls 6 or less on a 2d6, they take a token. Tokens can be spent by narrating harm to a character (placing the token on that PC’s card), by buying characters and complications from the cards available to them (which vary depending on setting), or to invoke powerful moves from NPCs’ cards. In most PbtA games, the GM needs to improvise what complications develop on a 6-, but this token system is much more beginner friendly. It also seems to make failures less punishing for players, keeping the narrative from spiraling out of control as can happen with traditional PbtA games.

Things I love about Atma:

Things I could have done better when GMing Atma myself:

Things I wished for:

I strongly encourage everyone to try Atma. You know how you buy a tabletop RPG book and never get it to the table even though you want to? Atma is the opposite of that – geared for one-shots, we ended up playing it a bunch without planning to – we played it 10 times last summer! After playing online, we bought the physical cards, and had a great time working our way through the different regions. I describe Atma as “gonzo fun,” and we had gonzo fun, complete with antigravity motorbikes driving up the side of a skyscraper in one session!

Atma is madly creative, with a great built-in setting. This past year I’ve really been resonating with RPGs with great, dynamic structures for settings: Stonetop, Blades in the Dark, and Atma.

You can play Atma for free using their virtual tabletop. You’ll also find occasional calls for players on the Dungeon World+ Discord, if you’d like to try it there.

A Nation of Gamers: Two Thirds of Americans[…]