Survey of Players of PbtA Games 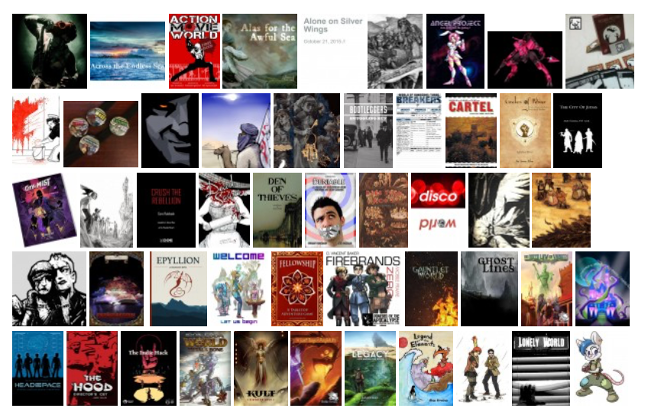 In my recent survey, I funneled respondents into one of four areas, based on the role-playing games (RPGs) they played:

Key attractions of PbtA games are the mechanics (especially the moves), the ease and simplicity of the rules, the emphasis on character-driven story and narrative, and the narrow focus of each game. “The simplicity of mechanics allows for more player agency and control of the narrative, and it tends to focus on unique and intriguing characters,” said one respondent, who had played Ironsworn, Monsterhearts, and Monster of the Week. “Short learning curve, easy to grasp, the focus is always on the narrative, good XP mechanics,” said a player of City of Mist.

Dislikes were much more idiosyncratic than likes: for instance, while 11% mentioned moves, some complained there were too many moves, others not enough, and still others that the moves were vague. It’s an overstatement, but: Happy PbtA players are all alike; every unhappy PbtA player is unhappy in their own way.

You can view the other answers and the full verbatims in this dashboard. The following verbatim responses have been grouped by common words, curated, and lightly edited.

What, if anything, do you like about PbtA (Powered by the Apocalypse) games?

The larger the word or phrase, the more respondents who used it in their response.

A group of responses focused on “Mechanics” (15% of respondents to this question):

Another 14% of respondents referenced “Focus”:

“Narrative” was sometimes mentioned (11% of respondents):

A common theme was “Character”, mentioned by 11% of respondents.

Another common theme was “Moves”, mentioned by 8% of respondents.

What, if anything, do you dislike about PbtA games?

The larger the word or phrase, the more respondents who used it in their response.

What do PbtA players dislike?

Some responses (12% of respondents) discussed “Players”:

“Moves” came up as both a like and dislike (11% of respondents disliking):

In contrast to those who said “Easy” was a like, 9% of respondents said such games were “Hard”:

Another theme that was both a like and dislike was “Mechanics”, mentioned by 7% of respondents.

You can view the full verbatims in this dashboard. Want to see just the results filtered by those who came from the PbtA subreddit? Check out that dashboard.