The Fall of the Gamebook and the Rise of Interactive Fiction 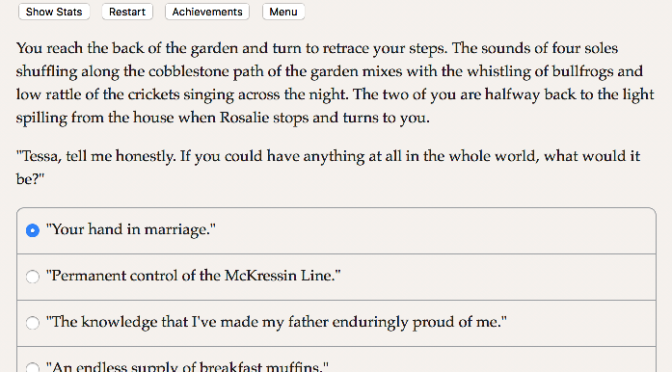 One out of five adult Americans with online access (90% of the population) have ever read any gamebooks, such as Choose Your Own Adventure, Fighting Fantasy, Lone Wolf, or solitaire RPG adventures such as the Tunnels & Trolls series. These books definitely reflect the 1980s, when publication peaked: those 35-44 years old (kids in the 1980s) are most likely to have ever read a gamebook (39%), compared to just 18% of those 45-54 years old and 30% of those under 25. While classic gamebook lines are being relaunched (e.g., Endless Quest and Choose Your Own Adventure), the genre is unlikely to return to its heyday.

Smartphones reshape our cognition and our attention spans in ways that should lead to the continued rise of interactive fiction vs. traditional books. Interactive fiction presents short segments of text that then require a response, a medium well suited to the smartphone era.

This Researchscape survey of 1,000 U.S. adults was fielded online from April 22 to 23, 2019. For more, please check out the slides and general methodology.